The Incomparable Ms. T: A pioneer in HIV education and advocacy 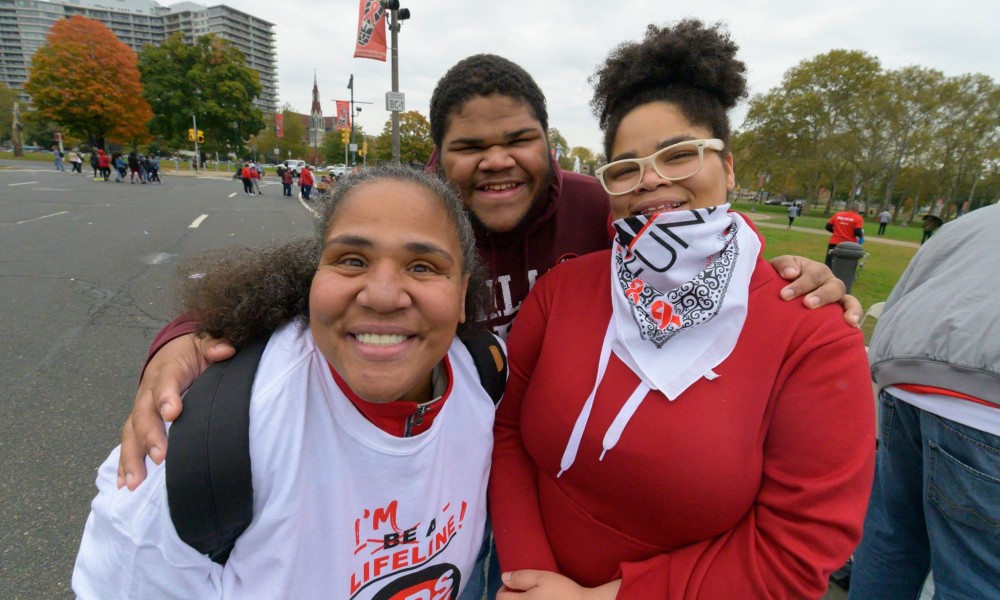 You have to educate your children about HIV. The best way to do that is to be part of the AIDS community.

Knowing your status is important for protecting yourself and others. Terrie Hawkin, or “Ms. T” as she is called by some, is Prevention Point Philadelphia’s reproductive health care coordinator. She has found her way to the Point after prioritizing and advocating for something that not only is near and dear to her heart but also very personal.

Years ago, Terrie went to a routine checkup at her general practitioner in South Jersey where they revealed to her that she was not only HIV positive, but also pregnant. Miss T could not really understand what the doctors were telling her. HIV had not been in the public sphere for very long yet, and she says she was not educated enough when it came to reproductive health.

“When they said that I was HIV positive, I thought of it as, oh, okay. Just give me a shot in my ass and keep it moving. And they were like, ‘this isn't that kind of party,’” Ms. T recalls, talking about how she learned about her diagnosis.

I refuse for [my children] to not be educated. When they were three, I would take them to work with me.

Ms. T realized, “There was no way now that I have all of this going on, that I can afford to be uneducated.” She took charge over the course of her diagnosis, and got her high school diploma, an associate’s degree from the Community College of Philadelphia, and a bachelor’s degree from Temple University.

Ms. T became an advocate and educator for others. Thinking back to when she got diagnosed, she said, “I never want anybody to be that naive again.” With raising her twins, she realized that it was her responsibility to educate them about reproductive health care from an early age. “You have to educate your children about HIV. The best way to do that is to be part of the AIDS community.”

Shortly after her diagnosis, Ms. T found a lot of support at Philadelphia Fight and the Philly AIDS Fund. She even became one of the organizers of the Philly AIDS Walk. Always on her side, her two babies — who have grown up and are now advocates and educators themselves.

Ms. T remembered, “I refuse for them to not be educated. When they were three, I would take them to work with me. And, I was always having them stuff condoms [assemble safer sex kits] for me. Oh my God. At the end of the day, you would see all this lube and everything. They thought [the condoms] were balloons, and they would try to blow them up!”

A lot of times [participants] don't think people have the time to listen. We just tell them, ‘Sit down. Let's talk.’

Education and advocacy certainly are very important to Ms. T and helped her to process her diagnosis. She wishes everyone understood that these days an HIV-positive diagnosis is not the end. With the right medication a person’s viral load can become undetectable and therefore untransmittable — “U=U”.

“I could still be undetectable and having a normal, healthy sex life… we're sexual beings,” Ms. T stated.

The persisting stigma around HIV and AIDS causes confusion around expected health outcomes, and also leads to a society that is not only alienating people who live with HIV and AIDS, but not listening to them. Ms. T thinks active listening is important because people need to be met where they are. When she was diagnosed, she felt as if the doctors were talking over her head. The organization that helped her understand her diagnosis was Philadelphia Fight, and she wants to bring that experience to the Point.

Ms. T welcomes her participants at Prevention Point Philadelphia with open arms and open ears. She said, “[Some participants] don't have the confidence to just express themselves. A lot of times they don't think people have the time to listen. We just tell them, ‘Sit down. Let's talk.’ I'm so advocating for people's basic needs to be met.”

Register here to join the Prevention Point team for the 2021 Philly AIDS Walk! Our team is #0036.