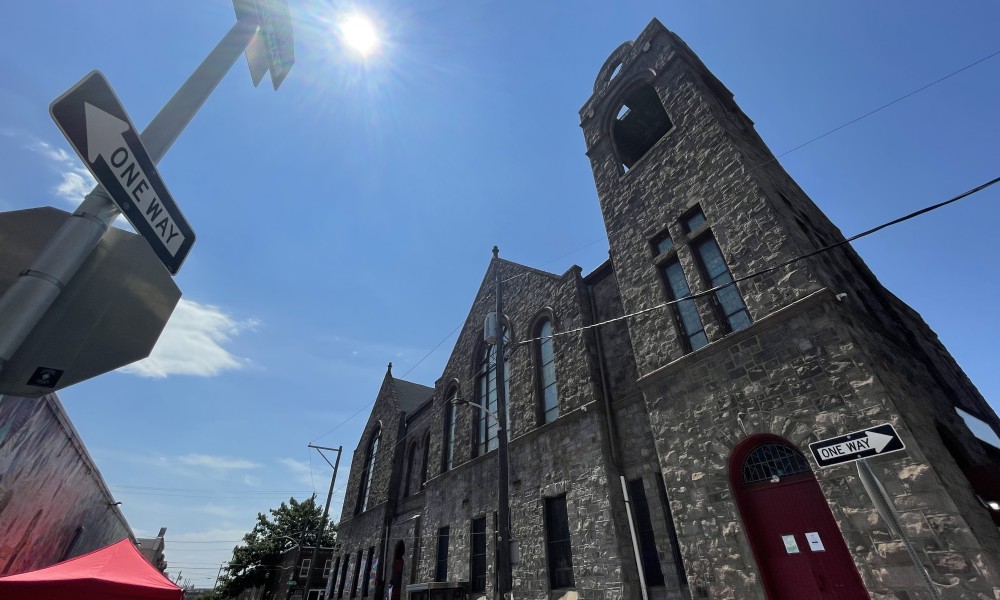 I've gained a lot of things in the last three years but most of all I've gained my self-respect, my ability to help someone who is where I was, and my life.

Recently, Prevention Point Philadelphia (PPP) has been receiving letters from current and former participants describing their experiences on the streets of Kensington, how PPP has played a role in their lives, and where they are in their substance use and recovery journeys today. The letters were a moving and uplifting surprise for our staff. The writers have expressed that they want their words to be shared, and with their permission we will be sharing these letters on a biweekly basis. With a nod to PPP Education Lead Roz Pichardo, who refers to participants as "sunshines", we are titling this series, "Sunshine Stories."

This email is to shout to the world how Prevention Point of Philadelphia, aka “PPP”, and the people who work there saved my life.

I was in and out of recovery numerous times. I had never experienced what I experienced living on the streets of Kensington. I've seen things that I can never un-see. I was scared to death; my disease had a stronger grip then my fear. The thought of going through the pain of withdrawal was far more scary than anything I would see, be exposed too, or even death itself.

The first time I walked into the doors of PPP I was welcomed with open arms and without judgement. I spoke to a woman who I asked for help. She stopped what she was doing and got me to where I needed to be. It didn't happen for me that night due to no beds and my insurance not being of Philadelphia County. The hospital pushed me out the door and I spent the night in what they call “Needle Park”. I was terrified but had no other options. It was my first night in Kensington and I knew nothing about it or where to go.

"They welcomed us and treated us with respect and dignity every single time."

First thing in the morning I went back to PPP and was again welcomed with open arms and without judgment. The same woman was there and didn't turn her back on me, which happens a lot when someone helps and it doesn't work out. I made a phone call to my husband who was in a halfway house to tell him I was still in the area. He left the house so that I wouldn't be on the streets alone. I had been sexually assaulted in Chester the summer before so he wasn't about to let me alone again.

For the next few months, we slept on the street. People are not nice to homeless people, let's just leave it at that. But not at PPP. They welcomed us and treated us with respect and dignity every single time. They joked with us, laughed with us, cried with us. We eventually got into a shelter with the help of Prevention Point, but we just weren't ready to stop using. I'm not exactly sure if it was the fear of withdrawal, or the fear of disappointing my family again if it didn't work, or the fear of success. Probably all of the above. Not once were we ever turned away or looked down upon at PPP because we didn't want to get clean.

Eventually my husband got locked up again and I was running around the streets by myself. By this time, I was a little more used to the way things were and did feel somewhat safe—until the day I overdosed and died. PPP was closed that day to the public but the workers were in the building and heard of the overdose and came running. They Narcan-ed me.

When I came to, I seen the look on their faces (I didn't realize anything that happened) and I seen the fear in their eyes. I would have not have come out of that if they were not there or if they didn't care as much about the people on the streets as they do. The paramedics didn't get there until way after I was already out of it. I was told later by someone who came back to check on me that this one really scared her. That she had seen many overdoses but this one really shook her. I was blue and lifeless. They didn't think I was coming back.

"I went to volunteer my time, giving hope to the people I would see sitting on the street getting high that if I can do it, so can you."

That's when I decided enough was enough. I thought to myself, “Wow, I could be dead and my kids and mom wouldn't even know what happened to me.” The next day, when PPP opened, I walked in feeling ashamed and was greeted with a simple hug by the man who was in charge of the day room. That's it, just a simple hug. No ridicule, no judgement, no disgust on his face. I told them I'm ready. They got me to where I needed to go and I started my way on the recovery journey.

When I got out, I went to volunteer my time, giving hope to the people I would see sitting on the street getting high that if I can do it, so can you. In one of my previous times being clean I had gotten my certification to be a Peer Specialist. I eventually was asked to move back up to Pottsville to work as a CPS, where I was when I received my certification.

It's been three years. I'm still clean and the CPS supervisor. I have a great job, a beautiful apartment, and I'm driving a Jeep instead of pushing a shopping cart around.

My husband was released shortly before I moved here. He stayed in Kensington for awhile, but got clean and worked for PPP. He eventually moved here with me and is now working as a CPS himself.

I've gained a lot of things in the last three years but most of all I've gained my self-respect, my ability to help someone who is where I was, and my life. I will forever be grateful for Prevention Point Philadelphia and the people who work there, many of whom I still keep in touch with today. If it wasn't for them, I doubt I would be alive. If not physically dead, then spiritually dead (an empty shell of flesh) which is worse than death in my opinion. My husband and I will be celebrating 20 years this month and finally actually living and not just existing. Thanks for taking the time to read my story.

Alive and free of the grips of addiction,

Soma Forever: Remembering a colleague, fighter, and friend
Prevention Point Housing Celebrates One Year at Beacon House
The Drop Salon: “Everyone deserves to feel good about themselves”
National HIV Testing Day: PPP is Meeting You Where You Are
Abortion is Harm Reduction