Beyond Fentanyl: Tranq in the Supply 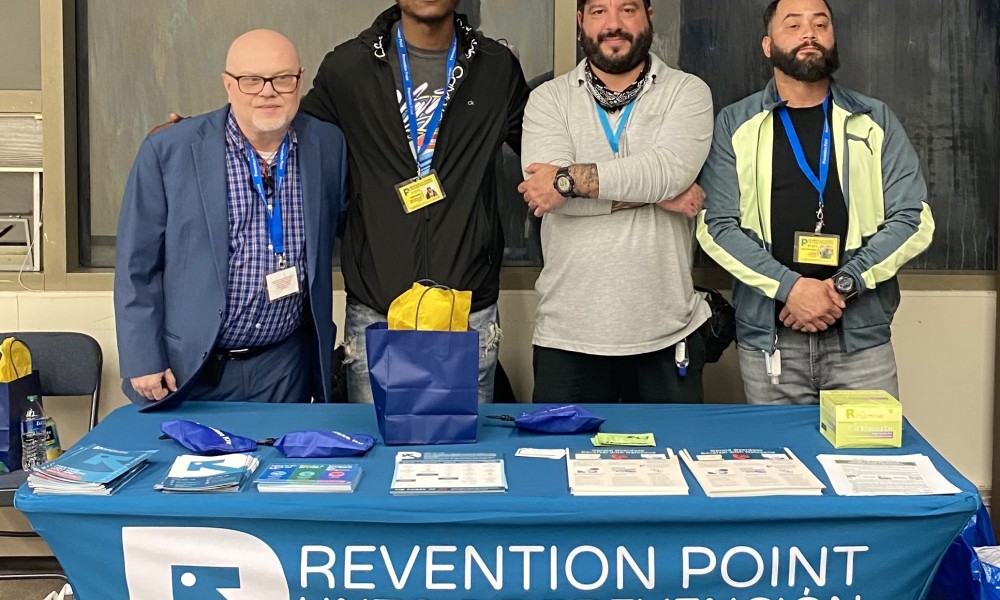 People need to see what’s in their drugs and hopefully avoid tranq before it becomes prevalent in their dope supply.

By now, most people in the United States have heard about fentanyl. This powerful opioid has almost completely replaced heroin on the Kensington streets surrounding Prevention Point Philadelphia (PPP). But journalists and researchers are only just starting to focus their attention on xylazine or “tranq” — an animal tranquilizer that PPP staff have witnessed enter the illicit drug supply in real time over the past four years.

“Xylazine has been used as an adulterant in heroin for decades, starting in Puerto Rico,” says Shawn Westfahl, PPP Overdose Prevention and Harm Reduction Coordinator. “It's a really readily available, nonscheduled tranquilizer used by veterinarians, so if somebody has a good connect, it’s not hard to get. And it is a cheap adulterant to add.”

Xylazine is not an opioid, but the effects of this drug are still potentially dangerous — especially if the person using does not know that xylazine is present in their dose.

“From people I've talked to after injecting it, they don’t get a rush or anything like that. Once tranq kicks in, it just puts them to sleep, for the most part. Some people like that heavily sedated feeling,” Shawn explains.

Wound Care and the Rise of Tranq

One of the severe potential effects of injecting a substance contaminated with tranq is the emergence of complicated wounds.

“With the increase in tranq and the shifting from heroin to fentanyl, the Wound Care Clinic witnesses the shift in the drug supply and the rise in skin and soft tissue infections,” explains Sara Wallace, a nurse who specializes in wound care at the PPP Clinic.

Fentanyl analogues are shorter-lasting than those of heroin, so people who use opioids have to inject fentanyl more often than they would heroin.

"Fentanyl doesn’t have the ‘legs’ they call it,” adds Shawn. Some people report that xylazine helps to extend the effects of fentanyl.

"Tranq wasn’t designed for humans and hasn’t been studied"

While more frequent injection would increase the likelihood of developing wounds, xylazine wounds are distinct from the wounds experienced by people who solely use fentanyl or heroin.

“It usually starts as a blister and then it becomes like a hole that is covered by eschar, which is dead tissue that prevents wounds from being able to heal from the bottom up,” says Sara. “People say after they inject that there will be different bubbles that emerge, not necessarily at the site of injection but maybe on the same limb, that look almost like chemical burns.”

“Tranq wasn’t designed for humans and hasn’t been studied,” she continues. “There is some sort of toxin in it that eats away at the skin and causes tissue death.”

Given increased injection rates and the proliferation of tranq in the supply, it is no wonder why visits to the Wound Care Clinic increased by 160% last year.

A lesser-known fact about tranq is that it has its own withdrawal symptoms that are separate from opioid withdrawal.

“People have described tranq withdrawal in a lot of different ways,” says Shawn. "They have said they’ve experienced symptoms that are not typical to opioid withdrawal. It has very strong symptoms on its own. So, if they’re using street dope, they don’t have a choice. It's what’s in the bags and on the corners.”

After using xylazine-contaminated dope for an extended period, some people become not only addicted to the opioid but dependent on the xylazine as well. If they were to then use opioids that didn’t contain xylazine, they would experience xylazine withdrawal symptoms.

“Xylazine is almost like an analogue of clonidine. In order to stave off xylazine withdrawal, doctors would have to prescribe a lot of clonidine. Just like opioids do, clonidine also lowers the blood pressure. There’s a huge risk in that,” says Shawn.

Another effect of the proliferation of tranq has been that PPP staff and other harm reductionists have had to modify overdose response techniques. As stated earlier, xylazine is not an opioid, and so naloxone has no effect on someone who is unconscious due to tranq.

“If it’s not an opioid overdose, a person’s respirations are normal, their oxygen saturation level is near normal if not normal,” Shawn explains. “Typically, if we try hard enough, we can wake them up before we give them Narcan."

Contrary to popular advice, Shawn does not recommend using sternal rubs, particularly in cases where tranq might be involved.

“I've seen the sternal rub be used for too long and so hard that the person has abrasions on their chest and bruising,” Shawn says. “One thing that I've had good experience with is using water. What I'll do is get a fresh bottle of water, poke a hole in the cap, test it out to make sure I have a good jet of water and tell the person, ‘I'm going to squirt you in the face with water. Wake up or I will give you Narcan.’ If they don’t respond to that I will give them two jets to the forehead or back of the neck."

Shawn emphasizes that he does not soak them and he keeps the water away from their nose and mouth so that they do not choke on it. "That’s usually enough to start seeing a response,” he says.

What can we do?

As long as certain drugs are illegal, it is sadly inevitable that contaminants like xylazine will continue to poison the supply. Shawn offers people who use drugs and their loved ones the following tips to stay safer in this uncertain environment:

Shawn remains hopeful that there will soon be an affordable and accessible way to test substances for xylazine. “People need to see what’s in their drugs and hopefully avoid tranq before it becomes prevalent in their dope supply. I think if people who currently use tranq had had a choice, they wouldn’t have wanted to start on it.”

National HIV Testing Day: PPP is Meeting You Where You Are
Abortion is Harm Reduction
Motivation and Gratitude: Carmen's Love Letter to Prevention Point
"Seeing the Light On My Own": Noel's Story
Remembering Susan Corrigan: Recovery, Laughter, and Love